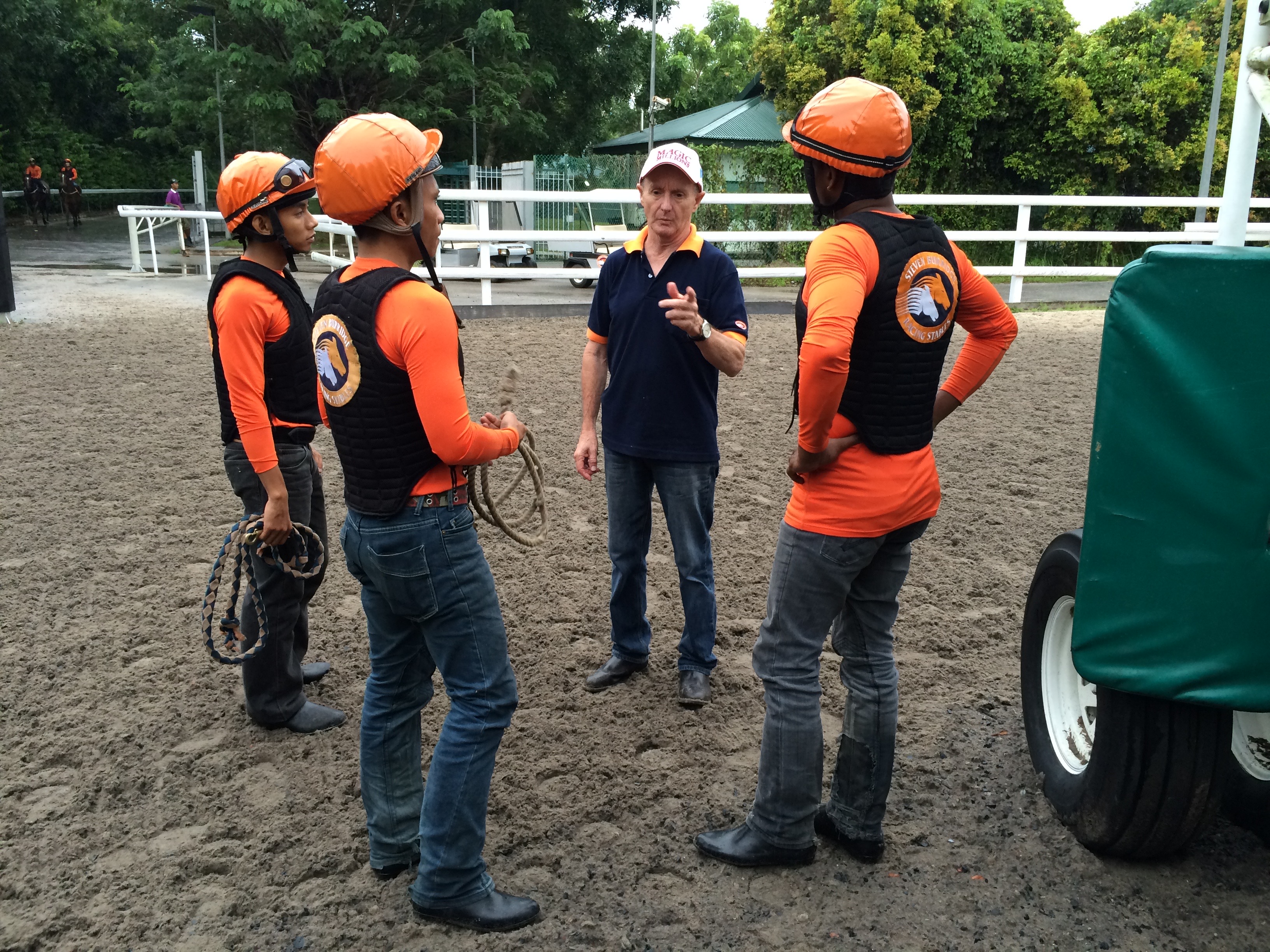 I am a firm believer in horses being given the necessary rest.

In his heyday, Burridge used to put the bridle on smart sorts like King And King, Risky Business and Captain Obvious.

At his introductory year as a Kranji trainer in 2005, King And King won the Group 2 Queen Elizabeth II Cup, with Her Majesty on hand to present him her eponymous trophy, and at his premiership-winning 2010 season, Risky Business won the Group 1 Longines Singapore Gold Cup. The grey flash Captain Obvious even won for him in Dubai in 2012.

As a result, the amiable horseman has always finished in the Top 10 of the Kranji training ranks since his breakout 2010 season.

Steve’s father, Harold Burridge, was a jockey and young Steven was eager to follow in his dad’s footsteps. Steven applied for an apprentice jockey licenced by the Victoria Racing Club in 1970 and upgrade into a professional jockey licence within five years. At age thirteen, Steve was sent to trainer John Patterson to start a career that would eventually see him ride over 1,000 winners in more than 10,000 race rides since.

Highlights of his jockey career, winning on a young Super Impose, on its very first race start. Another defining victory was winning the Group 1 Oakley Plate on Mighty Avalanche in 1984.

In 1987 Steven rode on the MRA circuit with a visiting jockey permit. With weight getting the better of him, Steven decided to call it a day as a jockey. After 18 years on the saddle in Australia, he decided to try his hand at the lucrative Asian circuit and subsequently enjoyed a successful 5-year riding stint in Macau. It was also in Macau that sparks off his first interest in Bloodstock eventually received an offer from his former boss Claude Charlet to move to Singapore. Steven took up this opportunity to try his hand at assisting a trainer, buying horses for owners in Hong Kong and Macau and became accomplished at selecting horses that trained on to be multiple winners.

During this time, he got to know his future wife, Julie, who was riding track work in Singapore. The pair not only became inseparable off the track, but made a skillful team in preparing horses. Two years later both moved to Kuala Lumpur, Malaysia, to work as assistant trainers where Steve had considerable success with many horses including Ballistic who won the Penang Gold Cup and the Coronation Cup in 2000.

Steve took to life in the training barns and early mornings with a stopwatch, like a duck to water. It was not long before he was asked by compatriot Michael Kent to help set up the yard at the former Bukit Timah Turf Club.

In 2003, Steven was granted a full training license by the Singapore Turf Club. He often crosses the Causeway to plunder cross-border events at his old hunting ground and has achieved a high strike rate, netting thus far two Penang Gold Cups and three Piala Emas Sultan Selangors in five years.

In 2005 Steven notched up his first Group winner with World Airlines in the Jumbo Jet Trophy.

In 2007 Steven won the Group 3 Three Rings Trophy with World Delight and was runner up in the same race with Graduate Boy.

In 2010 was the highlight of Steven Burridge Racing Stables. Not only did Steven Burridge win Singapore’s most prestigious race, the Group 1 Singapore Gold Cup with Risky Business, but 2010 saw him winning the Trainers’ Premiership, which he went on to win twice more in 2008 with Trigger Express (Queen Elizabeth Cup) and in 2014 with Wild Geese. His notable Group 1 Patron’s Bowl win was with SPEED BABY.