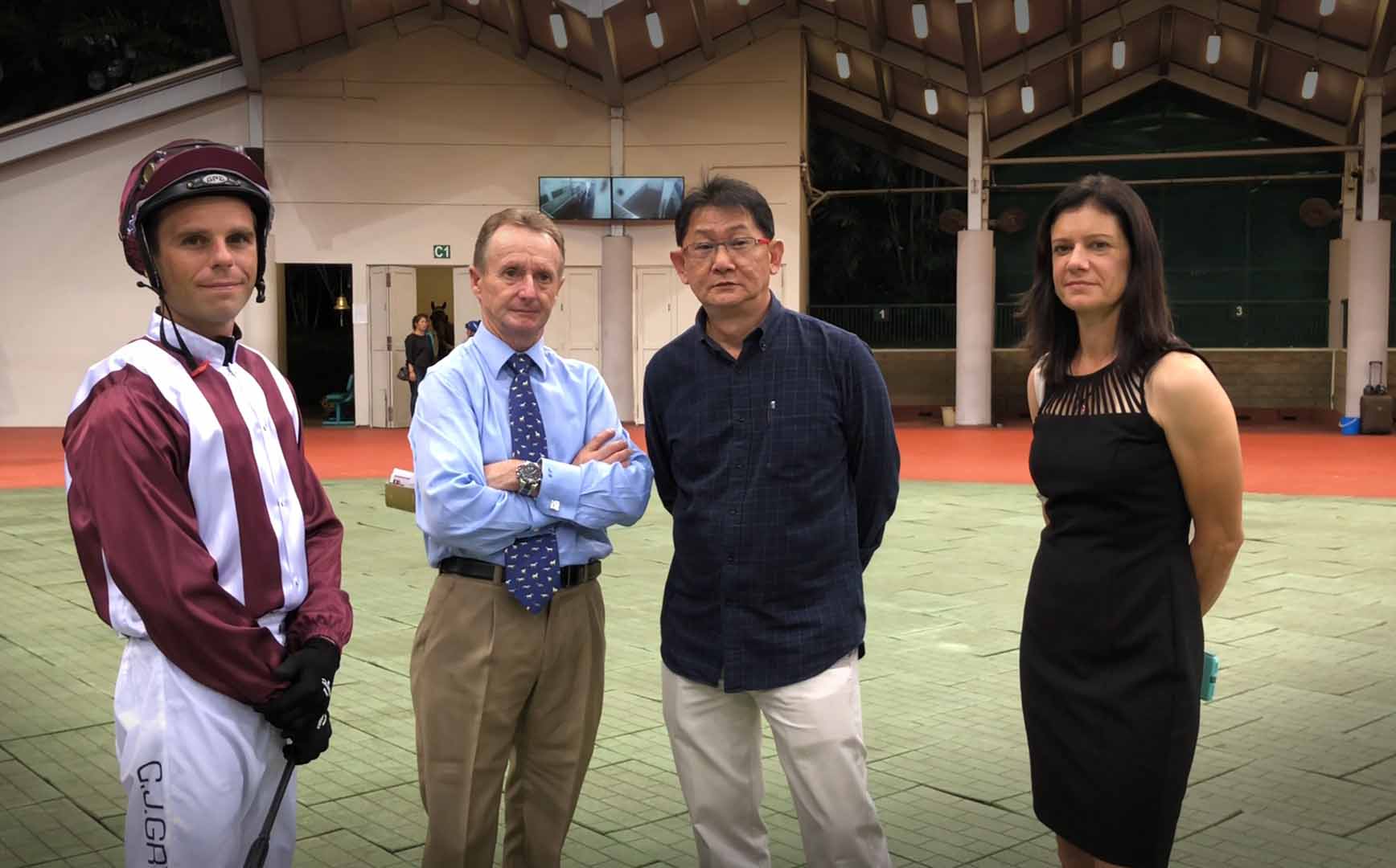 Trainer Steven Burridge couldn’t conceal his delight after the talented but temperamental Nimitz returned to winning ways for new owners on Friday night.

Last September’s debut winner gave every indication he would be a handy customer to the Australian handler after he went all the way in an Open Maiden race over 1200m, but the rot set in soon afterwards.

The Ready’s Image four-year-old turned into a barrier rogue. At his second run last October, he was sent off the $19 favourite but his pre-race antics behind the gates saw a warning being placed on him.

Burridge sent the naughty gelding back to school, but it would seem he did not quite mend his ways at the five barrier trials he was put through.

If he was to show any bellicosity that matched the might of its famous namesake, the US warship, connections would have preferred it was played out in the running – not before.

Unfortunately, Nimitz continued to wreak havoc at the pens, even leaving Burridge’s apprentice jockey Simon Kok Wei Hoong behind at the gates at one barrier trial on March 22.

But through sheer perseverance, Burridge eventually won the battle. Nimitz ran sixth at his comeback race three weeks ago, but he was better-behaved, and Friday’s all-the-way win in the $60,000 Class 4 Premier race over 1400m was a nice reward to his minders’ patience.

Ridden by Craig Grylls, Nimitz ($35) was scrubbed up early to take up the running from favourite Eastiger (Vlad Duric) with the other well-backed Wecando (Glen Boss) humming along in the box-seat.

The order didn’t change much with the real acid test kicking in inside the last two furlongs. Eastiger had the first crack, but Nimitz was holding the fort well. Wecando took over with 100m to go, and looked a lot more threatening than Eastiger, who had by then given up the fight.

Still, Nimitz would not buckle as he dug deep to repel that second wave of attack to boldly prevail by a head from Wecando with Little Big Man (Nooresh Juglall) running on late for third place another half-length away. The winning time was 1min 22.97secs for the 1400m on the Long Course.

Burridge was a picture of both joy and relief at the winner’s circle, with his son Wade of Premier Racing and new partners of the gelding, the MM Stable, by his side.

“He’s been rearing up at the gates, throwing the rider down the back at the trials, but we knew he’s always had ability. He’s just very green.

“He won first-up and beat Lim’s Magic then. He’s had one run for the new owners, but that’s their first win with this horse.”

Grylls said Nimitz was still rough around the edges, but he was on the right path to total redemption.

“He’s still very green. He was hanging out badly the whole straight,” said the Kiwi jockey.

“If he could run straight, he would have won more easily. They were coming hard at him, but I gave him a few cracks behind and he kept on.”

With that second win, Nimitz has now taken his stakes earnings close to the $55,000 mark for the MM & Premier Racing Stable.