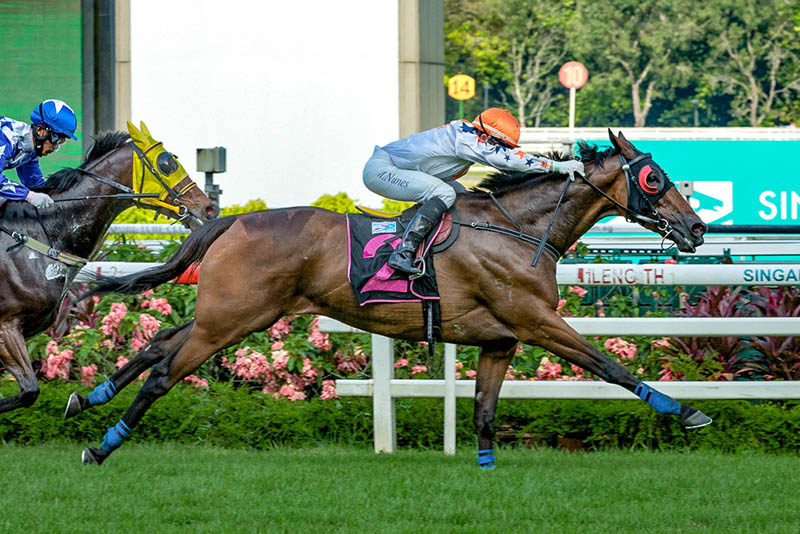 Trainer Steven Burridge started in the racing game as a 14-year-old apprentice jockey way back in the 1970s in Australia.

You have the feeling that when mucking out the stables as a teenager in the cold winter mornings in Victoria, to leading in his 800th winner as a trainer – in Singapore of all places – would have been the stuff of dreams.

But when Spilt Second won the $30,000 Class 5 race over 1800m, Burridge reached the milestone and the hardworking Australian now only sits third behind Laurie Laxon (1263 wins) and Pat Shaw (830 wins) – both Singapore royalty – on the all-time training tables.

“Pretty good,” said the justifiably proud trainer when asked how he felt by racing presenter Scott Bailey after the win.

“You know (to be) behind two great trainers, it was lovely, specially for the boys that own him – Julie (Barnicott, wife) – great for her too.”

Apart from this latest landmark in his stellar training career, Burridge also met Her Majesty, the Queen Elizabeth II when the aptly-named King and King, ridden by then-jockey and current Kranji trainer Richard Lim, won the race named in her honour in 2006.

He was also crowned the Singapore champion trainer back in 2010, the same year he won the Group 1 Singapore Gold Cup with Risky Business and Glen Boss in the saddle.